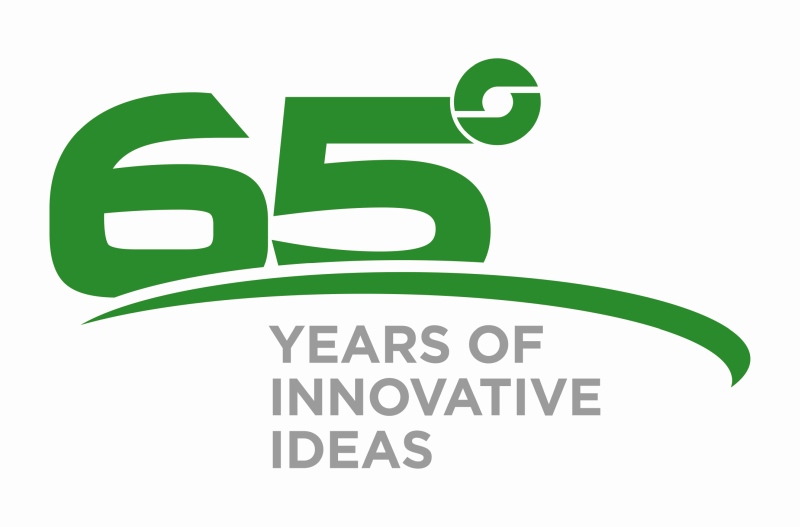 In 2023 Saomad celebrates 65 years in business. We asked Dario Camporese a few questions, and in addition to expressing satisfaction with the company’s achievements, he explains the main features of Woodpecker Performance, a completely new machine that will be launched early this year.

I would start, Mr. Camporese, with the fact that a couple of months ago Saomad was confirmed one of the 1,000 Best Performer companies in the province of Padua. Quite the achievement!

It was a welcome recognition: we achieved good results with great effort and sacrifice that ultimately rewarded us.

It was also gratifying because we live in a world where no one rewards you. For example, I think of the governmental institutions that should look out for companies that do innovation and achieve certain results.

It was also a positive event because it allowed us to discover that there are many excellent companies in our region, Veneto: very good and highly performing businesses.

And among them Saomad, which celebrates 65 years in business in 2023: quite the milestone.

Without a doubt. The business was launched in 1958 by my father, who didn’t start with woodworking machines right away. He began by working with lathes and milling machines for third parties, until he started his own project by making pantographs.

Saomad was among the first companies in Europe to produce manual pantographs, which it exported to various countries, including countries outside Europe – I remember my father telling me he had big dealers in Venezuela, France, and Spain, for example.

Then in the 1970s the company focused on the design and production of single tenoning and profiling machines. In 1978 I decided to continue my father’s work by devoting myself exclusively to machining centres for the production of wooden window and door frames.

We were and are the most forward-looking company in the industry, one of the few that has managed to progress over time.

However, the sacrifices and commitment you mentioned earlier have led to flattering results.

Results that stemmed from the willingness to constantly improve, to innovate the company’s offerings. If I hadn’t done that, the company would have folded by now.

I seem to understand that innovation is a defining characteristic of Saomad. It is no coincidence that in the coming months you will be launching the new Woodpecker Performance, a machine that sums up 65 years of experience and innovation.

That’s right. Once again, we have invested heavily in making something completely new. Woodpecker Performance, in fact, is a machine that features several innovative concepts.

Before talking about the new machine, what market do you expect in 2023?

The market is there, although the one for wooden windows and doors is a niche market. I see dynamic companies that actively seek innovation, and it is these companies that Performance is targeting.

Of course, even those who are dynamic will have their difficulties, but they will go for those opportunities that will be missed by those who stand still or go slower.

Those who are interested in machines as advanced as Performance are also aiming to innovate in the window sector, to modernize certain types of frames or to turn around aging production processes. In my opinion, therefore, the prospects are good.

In short, he who hesitates is lost. You rightly pointed out that the wood frame market is a niche market. You have also tried to enter other markets, such as that for timber houses, with the Kairos machine.

Indeed, one of our goals is to promote it more: 2023 will be the year when we relaunch Kairos.

So let’s talk about the Woodpecker Performance. What innovations make this machine completely new?

In the wooden window and door industry, a little bit all over Europe, it is very difficult to findskilled as well as non-skilled workers. So what did we do? We made the machine work autonomously, without the presence of an operator.

How? We designed a huge loading system with a capacity ranging from 400 to 1,200 pieces, and logically also a very large unloading system. In this way, Performance can work even on an unmanned shift.

What about the tool magazine?

We have increased it drastically, up to 750 tools. This feature, too, meets the expressed need of those large companies that did not want to waste time by operating manually.

With Performance, a company can complete all the job orders it has, while eliminating tooling costs.

So it can produce any type of window frame.

This is especially advantageous when you consider that everything can be set up at computer level from the office.

All one worker capable of using a computer needs to do is enter the dimensional measurements of the window frame and automatically transmit the order to the machine in production. Everything has become easy and straightforward.

Summing up: the three features that make Performance special are the loading buffers, the tool magazine, and the ability to machine multiple parts at a time, greatly reducing production time.

That’s right. Also, compared to most machines found on the market, Performance is entirely streamlined, enclosed, to reduce noise and keep dust inside where there are vacuum systems for extraction, so that the exterior always stays clean and tidy.

This also improves the safety of the operator who simply loads and unloads the parts without manually intervening in the processing area.

Saomad is one of the 1,000 Best Performer companies in Padua

Project for a wooden doors and windows factory in Japan

SAOMAD work centres have the best management software in Europe

Stay updated on the latest news.

The MailerLite widget is a service for interacting with the MailerLite email address management and message sending service.

Google Analytics is a web analytics service provided by Google Ireland Limited (“Google”). Google uses the Personal Data collected to track and examine the use of this Application, compile reports on its activities and share them with other services developed by Google.
Google may use your Personal Data to contextualize and personalize ads in its advertising network.
This Google Analytics integration anonymizes your IP address. The anonymization works by shortening the IP address of the Users within the borders of the member states of the European Union or other countries that are members of the Agreement on the European Economic Area. Only in exceptional cases, the IP address will be sent to Google's servers and shortened within the United States.

Gravatar is an image visualisation service provided by Automattic Inc. that allows this Website to incorporate content of this kind on its pages.

Google reCAPTCHA is a SPAM protection service provided by Google Ireland Limited.
The use of reCAPTCHA is subject to the Google privacy policy and terms of use.

Google Maps is a maps visualization service provided by Google Ireland Limited. This service is used to incorporate content of this kind on its pages.

Google Fonts is a service used to display font styles operated by Google Ireland Limited and serves to integrate such content into its pages.